Bizarre ‘Ghost Boy’ Captured By a Pensioner On Her iPhone

Grandmother Elaine Stewart believes the photograph she took at Wasson Pool in the West Midlands, UK features the ghost of a young child wearing old fashioned clothes from the 18th century. 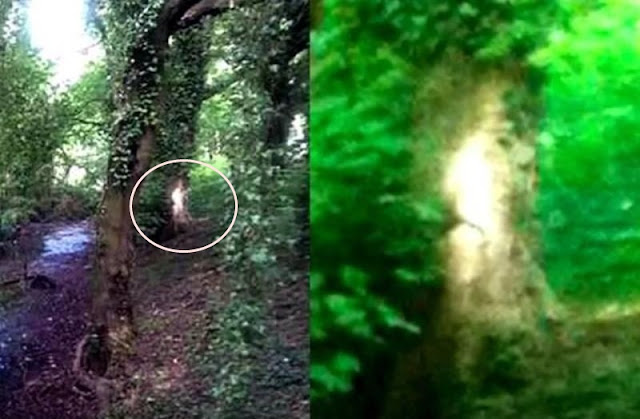 Elaine discovered the Woodland is on the site of an 18th century coal mine.

During that period, despite many accidents with tunnel collapses, many young people were forced to work in the mine.

She believes that it is quite possible that the ghost on her iPhone is the spirit of a young boy, victim of such a tunnel collapse or maybe he has fallen into a mine shaft.

Elaine who is usually very skeptical about the paranormal phenomena is now convinced that the photograph of the ghost boy standing by the tree is proof that there is life after dead.