Mother claims to have filmed a ‘GOBLIN’ running past her toddler

This creepy footage purports to show the moment a tiny goblin emerged from thin air and ran through a kitchen alongside a toddler.

The disturbing content was filmed in Argentina and initially shows the youngster talking to himself and playing on the floor.

Suddenly a little figure appears behind the young boy named Benjamin and runs quickly towards one of the counters before escaping into the garden.

According to video maker Silvia, the spooky creature left behind a nauseating smell and of course some terrifying footage on her camera.
The video maker said that her son often talked to himself in this room but she never worried because she thought it was something to do with his age.

However, she now believes that her son, who is now five years old, has had numerous conversations with the little creatures.

On the day the goblin was captured on camera, Silvia said that Benjamin appeared to be nervous so she grabbed for her phone and started filming. 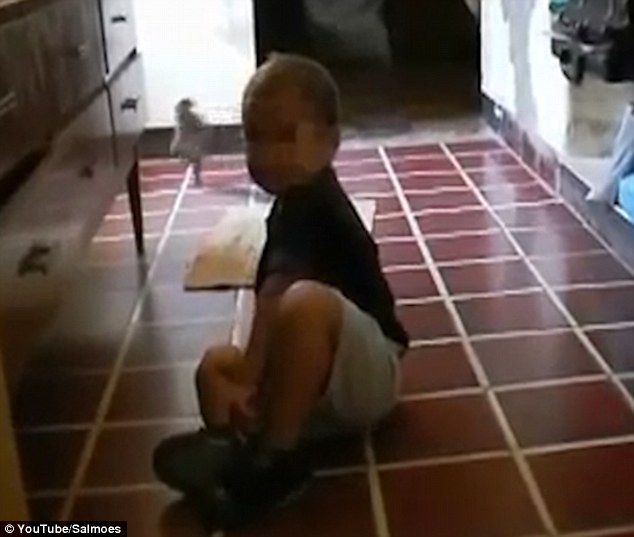 When she spotted the little creature she believed it to be a field mouse at first, but after studying the tape deduced that it was something very peculiar.

Silvia added that the creatures have continued to visit her house – her evidence is the unbearable smell they are said to leave behind.

The goblins are not aggressive in anyway and the video maker says she has captured them on camera a total of five times.

This video was filmed in 2011 but has only recently emerged online after the family decided to share their secret. 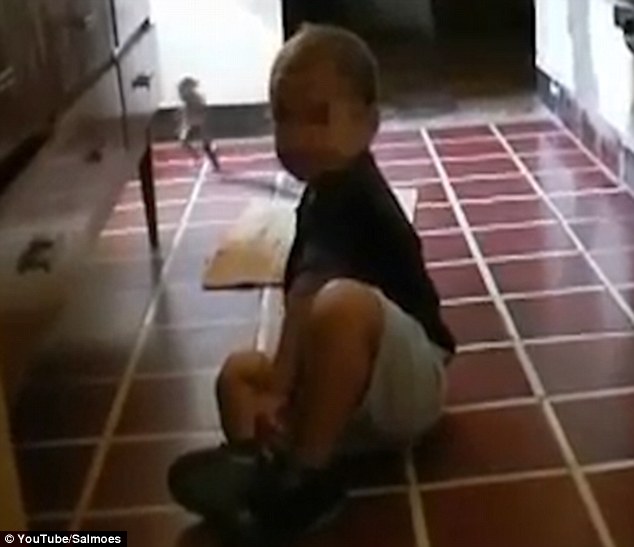 When Silvia first saw the little creature she believed it to be a field mouse, but after studying the tape deduced that it was something very peculiar

Since being posted to YouTube the bizarre clip has been viewed 11.5 million times, but not everyone on the video sharing site is convinced the content is real.

Many have suggested that simple video-editing tools have been used to superimpose the goblin into the footage.

One sceptical viewer wrote: ‘She’s not only a mom, but a pretty good editor,’ while another added: ‘Shadow is at the wrong angle.’

A third said: ‘Motion of the creature is kind of sluggish and does not go with the speed of running.

‘It is obvious the original runner was a normal, human-sized individual scaled down through an editing process.’ 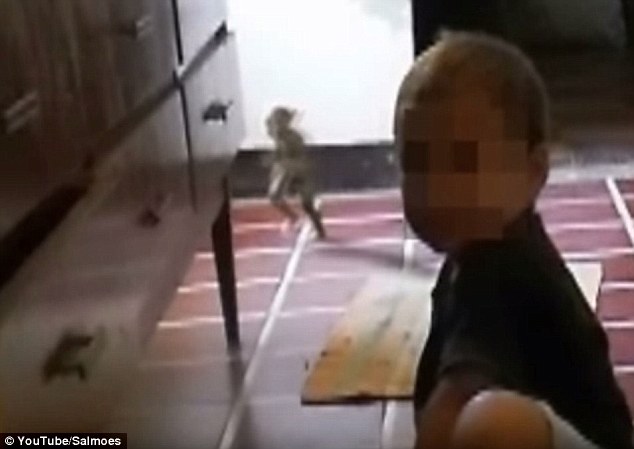