A Second NASA Scientist States ‘Somebody Else’ Is On The Moon

While most of us would want nothing more than full transparency when it comes to the UFO phenomenon and extraterrestrial life, it seems that we as a society still have a long way to go to, in order remove the obstacles that are keeping us from full transparency. It seems that this ‘transparency’ is only attainable when governments around the world stop using UFO related material and tagging it as a matter of national security. In the end, the possibility that life exists elsewhere in the cosmos is not a matter of national security, but as a matter of sociological liberty. 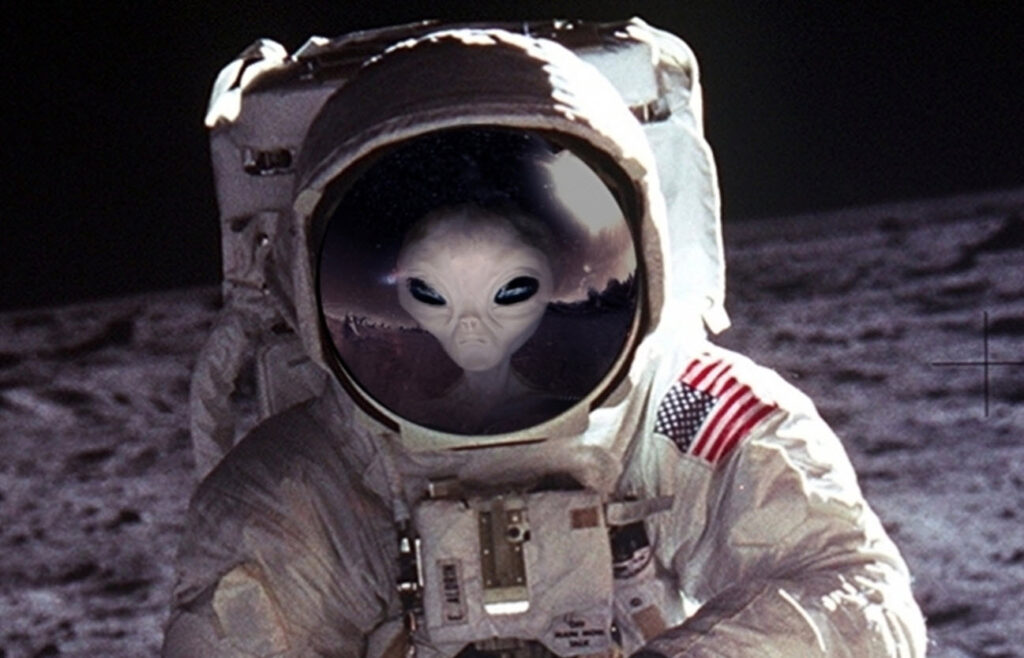 “There is abundant evidence that we are being contacted, that civilizations have been visiting us for a very long time, that their appearance is bizarre from any kind of traditional materialistic western point of view, that these visitors use the technologies of consciousness, they use toroid’s, they use co-rotating magnetic disks for their propulsion systems that seem to be a common denominator of the UFO phenomenon […]” – Dr. Brian O’Leary, Former NASA Astronaut, Princeton Physics Professor.

The first few who pointed our society towards that sociological freedom where, without a doubt WikiLeaks and Edward Snowden, but even WikiLeaks has a hard time keeping up with the horrendous amount of classified documents that are being hidden by governments around the word. The U.S. government alone classified approximately five million pages every single year.

This is why in recent years, a number of highly classified government officials, scientists and Astronauts have spoken about Alien life to the public, and some of these comments are considered as shocking by our society who lives in the shadow of information.

Recently, NASA scientist and photo analyst George Leonard, who obtained various official NASA photographs of the Moon, published a book called Somebody Else Is On the Moon, officially joining the long list of former NASA employees who have spoken out about one of the most interesting topics of the 21st century.

While the images Leonard presents in his book are anything but up to today’s standards when it comes to quality and resolution, they depict details of original prints which were extremely large, and to back up his claims with real evidence, Leonard decided to publish along with the images their identifying code numbers. This, however, according to skeptics, still doesn’t mean that the images are in fact authentic, and the poor quality of the images only fuels more skepticism among people.

But besides the images that Leonard published, his statements about what’s on the moon are possibly, even more interesting, and Leonard wasn’t the only one who with verified NASA credentials spoke out about the truth behind the numerous mysteries surrounding the Earth’s moon and why government agencies around the world try very hard to keep that information a secret.

One of the most interesting quotes regarding NASA and their inability of a transparent stream of information comes from Bob Dean, a retired US Army Command Sargent Major who served at the Supreme Headquarters Allied Powers Europe (SHAPE) of NATO as an intelligence analyst.

“Ladies and gentlemen, my government, NASA, which many of us in the United States say stands for Never A Straight Answer, proceeded to erase 40 rolls of film of the Apollo Program — the flight to the Moon, the flight around the Moon, the landings on the Moon, the walking guys here and there. They erased, for Christ’s sake, 40 rolls of film of those events. Now we’re talking about several thousand individual frames that were taken that the so-called authorities determined that you did not have a right to see. Oh, they were ‘disruptive,’ ‘socially unacceptable,’ ‘politically unacceptable.’ I’ve become furious. I’m a retired Command Sergeant Major. I was never famous for having a lot of patience.”

But the number of scientists and government officials who have spoken about NASA, UFOs, the moon and aliens are staggering. While Leonard argues that NASA deliberately hid information about Alien Activity on the moon, he isn’t the only one to make such claims, before him, numerous other highly ranked officials made a similar statement.  Dr. John Brandenburg supports Leonard’s claims with his statement. He was the Deputy Manager of the Clementine Mission to the Moon which discovered water at the Moon’s poles in 1994.

“Read the books, read the lore, start to understand what has really been going on, because there is no doubt that we are being visited… The universe that we live in is much more wondrous, exciting, complex and far-reaching than we were ever able to know up to this point in time… [Mankind has long wondered if we’re] alone in the universe. [But] only in our period do we really have evidence. No, we’re not alone.”  – Dr. Edgar Mitchell, ScD., NASA astronaut (6th man to walk on the moon)

The number of comments about the mysterious structures on the moon is something that we cannot ignore as a society. It seems that mankind has been fed with filtered information from news agencies that use methods of selective information to control the type of news we see around the world.

“It was (the Clementine Mission) a photo reconnaissance mission basically to check out if someone was building bases on the moon that we didn’t know about. Were they expanding them? Of all the pictures I’ve seen from the moon that show possible structures, the most impressive is a picture of a mile wide recto-linear structure. This looked unmistakably artificial, and it shouldn’t be there. As somebody in the space defense community, I look on any such structure on the moon with great concern because it isn’t ours, there’s no way we could have built such a thing. It means someone else is up there.” – Dr. John Brandenburg.

While many people remain skeptic about the statements made form researchers and Astronauts, society is beginning to think differently when it comes to Space, our moon and the extraterrestrial life in the cosmos. It is clear that our civilization is heading towards the inevitable moment when we will officially meet our cosmic neighbors, it is something that we will have to confront as a civilization and it is something that hopefully, unify us as a species.