Devils, Demons, and Dangerous Creatures of the Pseudomonarchia Daemonum

Pseudomonarchia Daemonum , also known as the False Hierarchy of Demons , is a great compendium from the 16 th century dictating the names of sixty-nine demons.  The title itself indicates that the demonic monarchy depicted in the text is false, in many ways an insult to those who determinedly believe in the demons of hell.  The list initially appeared as an appendix to Johann Weyer’s first book about demonology and witchcraft, De Praestigiis Daemonum et Incantationibus ac Venificiisi, and was said by the author himself to have been inspired by an earlier text discussing spirits and demons.  Yet, it is Weyer’s work—not his predecessor’s—that came to be known by renowned psychoanalyst Sigmund Freud as “one of the ten most significant books of all time.”

The son of a civic service merchant, Johann Weyer was a Dutch doctor and occult practitioner born in the Netherlands in 1515.  Well versed in Latin from a young age, Weyer quickly became a student of Heinrich Cornelius Agrippa, a famous magician, theologian, and occultist in Antwerp.  Agrippa similarly published on demons as his student would one day do, but did not have much time to pass on his teachings before passing away when Weyer was only nineteen years old.  It appears that Weyer’s fascination with magic began while working under Agippa, but later escalated after he became a doctor in his own right: he was summoned to a particular fortune teller’s court case and thereby asked by the judge for advice on the topic.  This court case started his interest in researching the witchcraft way of life, culminating with his decision to attempt to defend those who were accused of practicing.  Twenty-seven years after this case, when Weyer was sixty-two years old, he published his appendix to De Praestigiis Daemonum et Incantationibus ac Venificiis : the aforementioned Pseudomonarchia Daemonum. 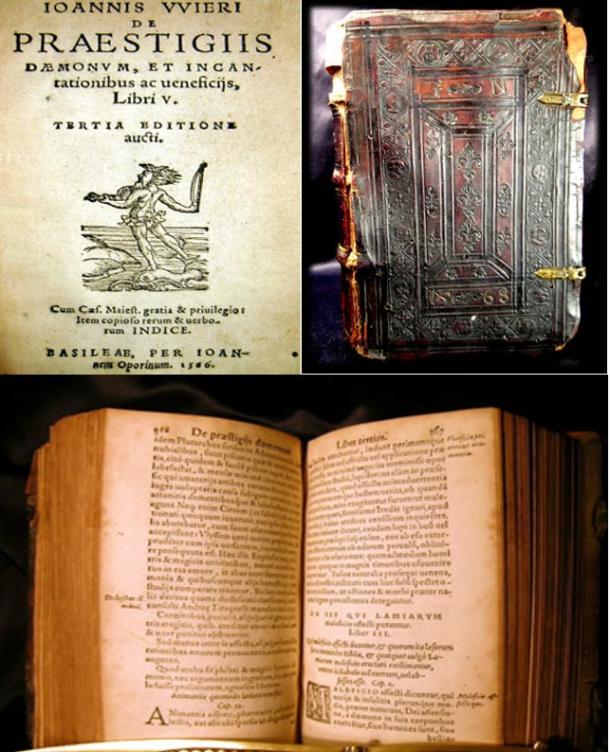 Pseudomonarchia Daemonum was purportedly intended by Weyer to insult and poke fun at the idea of the demonic hierarchies witches were said to worship at that time.  This work claims that while demons and the monsters from hell could have illusionist power over people, the affected people were not the witches on trial—the “mentally ill”, as Weyer stated—but rather the magicians who played tricks on common folk for an easy coin.  Somewhat ironically however, Weyer’s text told the reader how to summon and bend the demon spirits to his or her will as a theoretical witch would actually do. 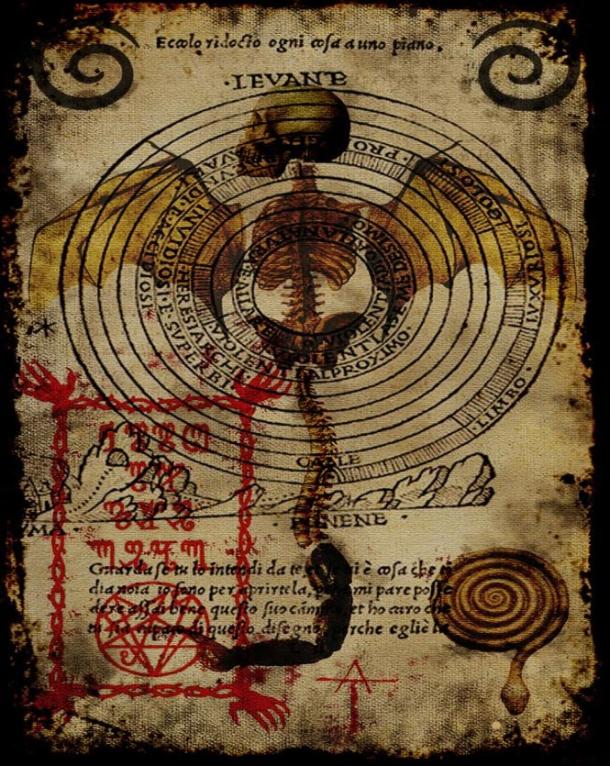 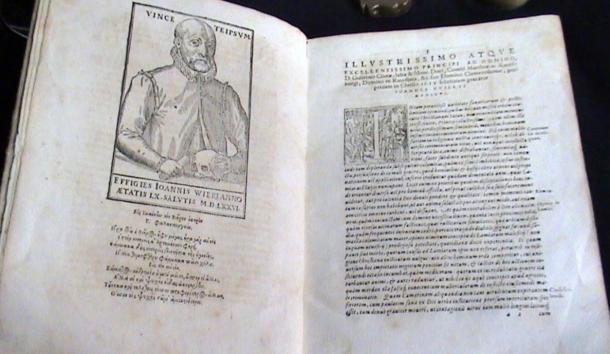 Photograph of the Pseudomonarchia Daemonum. (mycuriouscabinet.wordpress.org)

Weyer’s Pseudomonarchia Daemonum ended up an inspiration itself, leading to the writing of The Lesser Key of Solomon in which one section, called Ars Geotia, discusses seventy-two demons evoked by the ancient King Solomon—four more than Weyer described.  The purpose of this subsequent book is to act as a grimoire, also known as a spell book, to provide the reader with important facts about

It was very popular practice in the sixteenth through eighteen centuries to write about demons and demonology.  Largely due to the fact that accusations in witchcraft were being cast about left and right, scholars like Weyer and King James I of Scotland and VI of England were determined to understand the forces they may or may not possess.  However, unlike most other authors—such as King James—Weyer’s intention was to create a creed to vet out the accused who were, in fact, innocent, because as he claimed the “witches” were mentally unstable, while the magicians were doing the physical act of “magic.”  How helpful Weyer’s efforts for the accused witches were remains unseen, yet there is evidence that his pleas for their mercy went predominately ignored.  It seems that regardless of the scholarship put into clearing the supposed witches, fear was a far more powerful motivating factor for the court judges and juries.