A ghost hunter staying overnight at a house where six children and two adults were killed by an ax murderer in 1912 has stabbed himself in the chest.

Robert Laursen, 37, stabbed himself for no obvious reason just before 1am Friday at the Villisca Ax Murder House, a tourist attraction in Villisca, Iowa.

Laursen was taken to hospital after inflicting the wound on himself. Local authorities could not ascribe a motive to his actions.

Scroll down for video 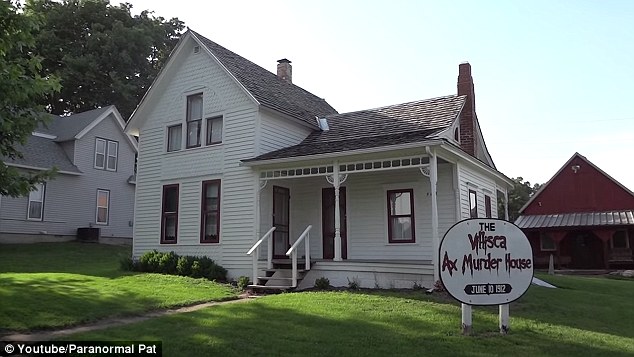 ‘Stabbed himself’: Robert Laursen, 37, wounded himself at the Villisca Ax Murder House in Iowa in the early hours of Friday

The Ax Murder House is the site of a grisly 1912 murder, where eight victims were killed in their sleep by an ax-wielding killer who was never caught.

According to local authorities, Laursen was carrying out a ‘paranormal investigation’ when he stabbed himself with an unknown object.

It is not clear where in the house he was at the time. Laursen is thought to have had at least two companions.

The Sheriff’s department in Montgomery County, Iowa, said there was ‘no indications of foul play’ that night and that no criminal charges will be issued. 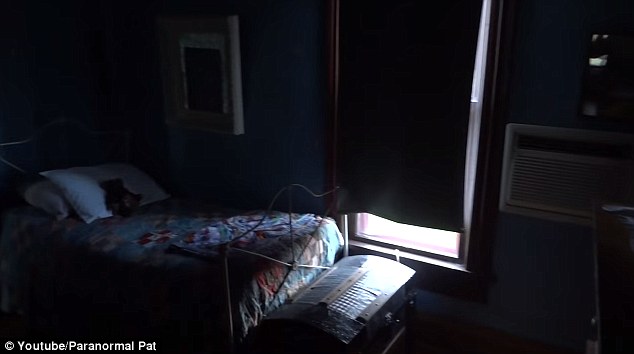 Murder scene: Eight people were butchered in their beds at the house, pictured, in 1912 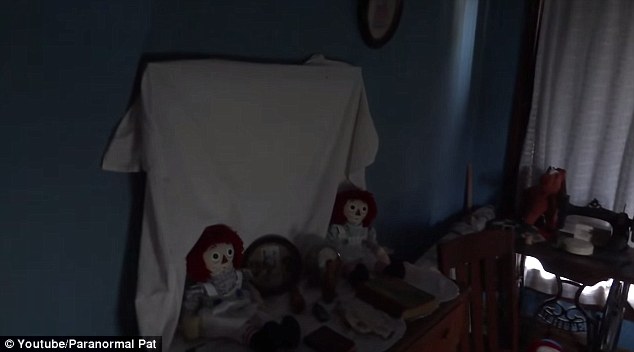 ‘Paranormal’: Laursen was conducting a ghost hunt at the house, though it is not known where he was when he stabbed himself. He reportedly had two companions

The house, which is a well-known tourist attraction, has been restored to its 1912 condition and has no plumbing or electric lights.

Laursen, from Rhinelander, Wisconsin, was taken to a local hospital then flown to Creighton Medical Center for more serious treatment.

The owner of the house, which is on the National Register of Historic Places, has said called the event ‘shocking’. 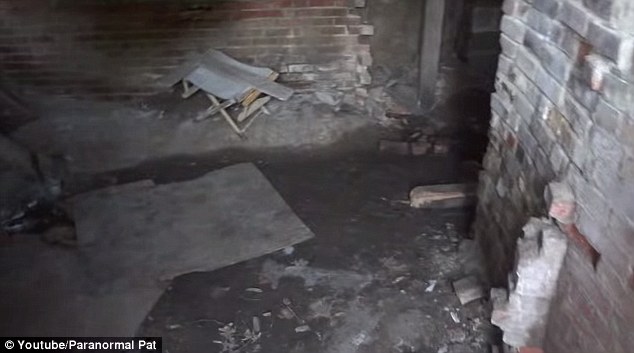 History: The house, which still has no electricity or plumbing, is now a magnet for crime enthusiasts, who book daytime or overnight tours

Martha Linn, 77, told the Omaha World-Herald: ‘It’s kind of shocking to wake up and hear that someone has nearly died at your tourist attraction… I can’t imagine why somebody would do something like this to himself.’

According to Linn, a steady stream of crime enthusiasts visit the home, where day tours and overnight stays are on offer, in the hope of solving the case.

However, nothing violent or dangerous has ever happened at the attraction in the 20 years it has been open.